NOTHING TO BE WRITTEN – Mediamorfosis Skip to the content 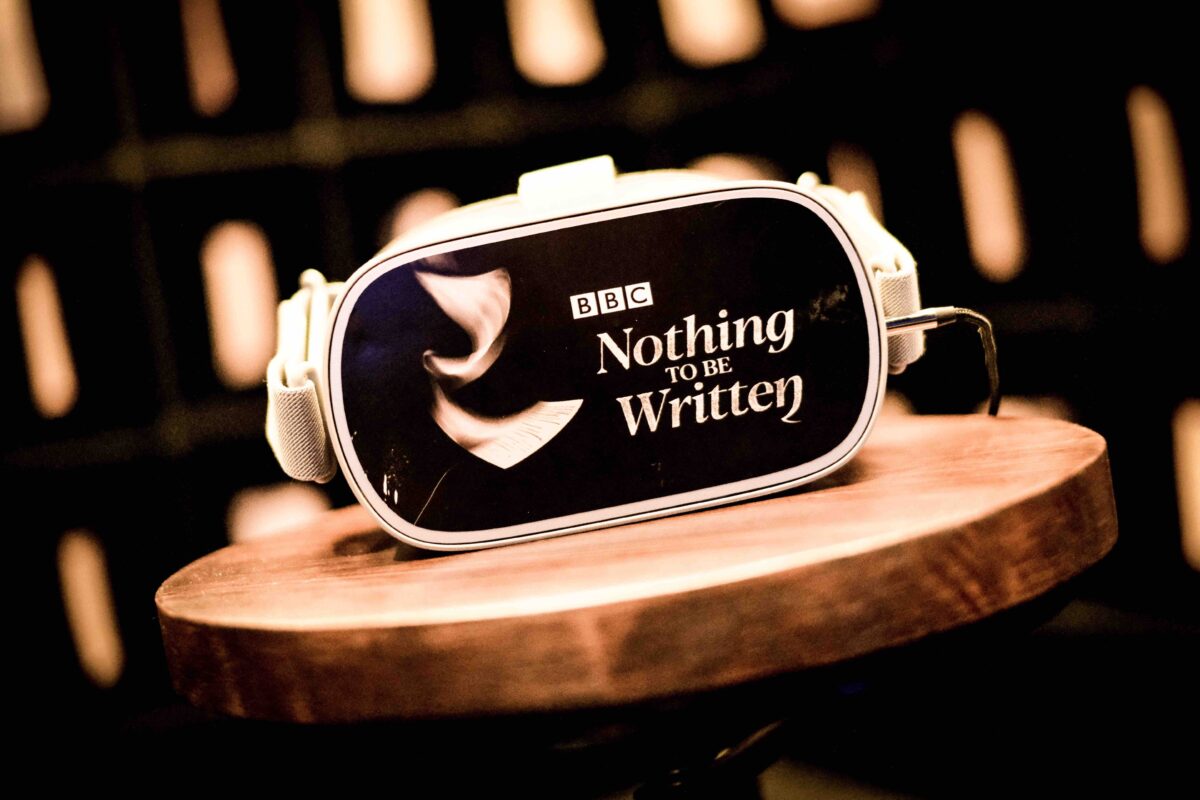 NOTHING TO BE WRITTEN

Directed by Lysander Ashton and Produced by Rebecca Collis

During the first world war, millions of multiple choice postcards were sent home by soldiers from the trenches. Nothing except a signature was allowed to be written on the card – communication could only take place through prescribed phrases. Nothing to be Written is a VR artwork inspired by the messages on these postcards and the circumstances under which they were written and received.

59 Productions were commissioned by the BBC VR Hub to create a 6-minute bespoke VR experience inspired by the Five Telegrams commission by the BBC Proms, Edinburgh International Festival and 14-18 Now. The experience takes the second movement of Anna Meredith’s Five Telegrams and creates a brand-new interpretation of the music in Virtual reality.